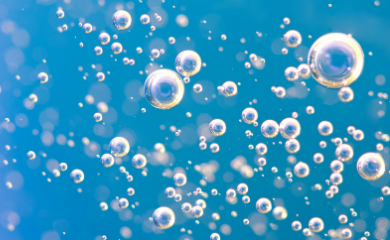 “…the most dramatic thing that’s almost ever happened in the entire world history of finance.”

There is a saying in the investment world, “You might know when you are in an investment bubble but still have no clue when or how it pops.” As we end 2020, we know we are in a bubble. We have no idea when it will pop, or what pin will pop it.

There is another saying, “The market tends to deliver the maximum amount of punishment to the greatest number of investors from time to time.” This is also called the pain trade. We see it when most market participants are already exposed to the same investments, and there is no one left to buy those securities if their price slides.

Deutsche Bank conducts an annual survey of the current positioning of their clients. The respondents are mutual fund companies, hedge funds and other large asset management clients. As the results below show, investors have determined that U.S. equities are the best option for 2021, and principal-protecting assets, such as cash and high-quality fixed income, is the worst. The U.S. equity markets are valued at levels not seen since 2000, the first bubble of this century. This brings up the question, “Why are investors feeling so confident in U.S. equities over the next year when their valuations suggest extreme overvaluation?” The answer?  We are in a bubble.

Bubbles begin when investors envision a new, untapped opportunity. The bubble continues to grow as short-term momentum builds. The justification for continued exposure is that the prices keep going up. Logic during a bubble relies on the premise, “If it worked yesterday, it should work tomorrow.” In bubbly times, then, momentum becomes a self-fulfilling prophecy. As it builds, one’s conviction in owning the asset increases. Assets become detached from fundamentals, and those signs that should signal caution are disregarded as no longer meaning anything since the assets’ values keep rising. The problem with momentum investing is that it works about two-thirds of the time, which is better than average, yet its adherents neglect to remember a much more important fact: momentum investors suffer the worst declines when the music stops.

Over the past 20 years, we have experienced the popping of two of the worst bubbles in modern times. These two bubbles have been ranked number two and number three, in terms of severity, of all the bubbles over the last 100 years. Only the crash of 1929 was worse. The characteristics of the two bubbles were very different, but there were warning signs in both cases that went back at least a year  prior to when the market decided to listen.

We think now is a time to reflect on those two bubbles.

The technology bubble can be attributed to two forces: 1) the general adoption of the internet, and all the potential it brought to the economy, and 2) the enormous investment in technology and telecom infrastructure required to update systems for the year 2000. For those not old enough to remember, “Y2K” was of great concern, and people thought the calendar flipping to January 1, 2000, might wreak havoc on the economy. As firms addressed the millennium calendar change, they also used Y2K as an opportunity to modernize their systems, paving the way for the already clearly imminent internet revolution. Leading up to the late 1990’s, Microsoft, Intel, Cisco, and Dell were considered the four horsemen. They were soon joined by Oracle, EMC, and Sun Microsystems (who put the “dot” in “dot com”). AOL, eBay, and Yahoo joined the wagon train as they became the de facto winners of the internet revolution. A company’s stock would jump after an announcement of a stock split, even though the split itself did nothing for the firm’s inherent value.

This party continued throughout 1999 and deep into 2000, even as the Y2K investment cycle was ending. Warnings from Intel, IBM, and Lucent were some of the early indicators, but investors pushed those signals to the side, saying these companies were simply the old guard and their days to shine had passed. Although the market had gotten it mostly right on the winners, it took investors 15 years to get back to the valuations the “winners” experienced during the highs of 2000. The market picked the right horses, but there was no prize at the end.

After the bubble of 2000, an accommodating central bank and a desire to invest in real assets versus the stock market resulted in investors moving hard over several years into real estate and the mortgages tied to them. Real estate prices ramped to record high prices relative to household income. Interest rates were low, and investors were clamoring for securitized, fixed-income instruments as a means of obtaining a hard-asset-backed income stream.

Cracks were showing themselves in 2006, as default rates were increasing. Many investors said it was not a big issue because the ability to blend different mortgages into one security allowed for diversification away from anyone real estate market. That turned out not to be true. In May 2007, Bear Stearns invested over $3 billion of new equity into two of their mortgage-based hedge funds, only to see them go bankrupt a month later. Housing prices and speculation remained high, with the party finally ending in late 2008, when Lehman’s bankruptcy forced the partygoers to realize the leverage in the system did not allow for any deterioration in real estate values. There was no longer punch in the punchbowl.

We see several similarities today with both previous bubbles. Recent articles, such as the one above, echo past bubbles, implying a no-lose situation to investing. A very narrow stock market is being held up by a few very expensive companies. It would be hard to argue that just because many of these companies are category leaders—that is, the ones likely to dominate for a long time—they are safe bets. As the bursting of the 2000 bubble shows, that does not necessarily mean they will provide suitable returns.

Leverage within the government, municipal, and corporate areas has grown through the pandemic in hopes of softening the economic blow of the shutdown. As we saw in the Great Financial Crisis of 2008-09, excessive leverage has the chance of diminishing the equity left over for investors.

Time will tell how the current bubble proceeds, but there can be no doubt that momentum is by far the biggest justification of most investors for continued participation.

When the self-fulfilling prophecy of momentum dies, the only reason for owning overvalued stocks goes away.

We look to the next few weeks to gather with family and friends, as well as a quieter time to sit back and reflect.  We offer some reading material that we think is pertinent to today.