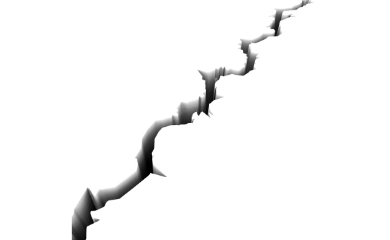 “The essence of intelligence is the ability to predict. To plan ahead, we simulate the world. The optimal action taken minimizes the predicted cost.”

Earlier this month, Berkshire Hathaway held its annual meeting virtually. Warren Buffett’s statements were as poignant as ever. Most interesting to us were his repeated, “I don’t know,” responses. Buffett’s traditional long-term optimism was noticeably dampened this year, as demonstrated by his clear near-term caution. The firm sold stocks in the first quarter and now sits on more than $137 billion in cash.

Those that follow Buffett have always been fond of his buy-and-hold approach and his optimism in the face of global financial dangers. Some who attended the virtual annual meeting attribute his caution now to his age, wondering whether he’s lost his investment acumen. Let’s remember that Buffett’s caution was also treated with contempt at the end of the last century, when he was treated as out of touch when the internet bubble was ballooning. Once again, we think this disdain says more about the hubris of those who think, “This time is different,” which is to say those who too easily cast aside what history has taught us about economic turmoil.

We have long shared Buffett’s quotations in our writings because they are so simple, and yet they so powerfully capture immense knowledge and wisdom. And with the current level of uncertainty—and uncertainty on so many fronts—we think wisdom is needed, even when it takes the form of not claiming to know the answers.

“I don’t know,” will likely go down as a Covid-era catchphrase. We agree with Buffett that the near term is filled with uncertainty. “Our position will be to stay a Fort Knox,” Buffett soberingly said during the event. He reflected on the period 1929 through 1951—the 22-year period it took to bring the market back to 1929 levels—and in so doing hinted at the depth of his concern.

We think another time period worthy of looking back to is the Panic of 1907. In April 1906, San Francisco experienced a magnitude 7.9 earthquake. It reportedly lasted 42 seconds, yet the fires it caused continued for days, resulting in more than 3,000 deaths and 250,000 people becoming homeless, out of a city with 400,000 people. The destruction may have been localized to San Francisco, but the impact was felt around the globe. How? Although the banking sector was already showing signs of growing instability leading up to the Panic of 1907 (also called the Knickerbocker Panic), many economists think the match was lit by the large amount of gold (which backed most currencies at the time) being used to pay out insurance claims to rebuild San Francisco, starving the rest of the globe of liquidity.

Historians credit J. Pierpont Morgan with minimizing the panic’s blow by acting, in many ways, like a central bank. He loaned large sums to stave off runs on the banks. If you were a bank or a trust company back then, you went hat in hand to beg him for a lifeline. To some extent, Buffett played a similar role during the Great Financial Crisis of 2008, acting as a buyer of last resort. In effect, he was creating liquidity, but he was also strengthening the asset by expressing confidence in it, like J.P. Morgan in 1907. But unlike J.P. Morgan in 1907 or Buffett in 2008, Buffett in 2020 is not expressing confidence.

In less than a page, we managed to refer to the 1907 Panic, the Great Depression, and the Great Financial Crisis as reference points to help us interpret what we are seeing in front of us. To state the obvious, none of those were short or painless events.

Howard Marks of Oaktree Capital Management says, “We humans use our ability to recognize and understand patterns to make our decisions easier, increase benefits, and avoid pain.” We look upon past accomplishments, failures, and cause-and-effect cycles as lessons to help us understand and solve today’s problems. We know we have many options, each with the potential for many outcomes, yet only one of those will come to be, so we attempt to use pattern recognition to refine the options. Buffett’s I don’t knows are being echoed by many long-time and successful investors. We believe this is because no one or two past episodes mimic the current situation closely enough to provide examples that recommend a path.

We know others, generally those with less experience, are more confident about the course they think we should take, pointing to things we didn’t have in the past: today’s computing power, a deeper understanding of biology, and new types of “expertise” that will allow us to jump financial and medical  hurdles with ease. We couldn’t put our finger on what to call this specific mode of thinking until a client referred to it as the “arrogance of the modern,” the belief that past troubles would have been more easily solved with what we know today. To think, in any era, that we have evolved past the challenges we face reeks of smugness. Maybe because we are risk managers—or because we have seen that the result of over-confidence is often a fiery crash—we tend to err on the side of thinking we are not smarter than past generations. The tools get better, sure, but the problems also get more complex.  And human emotion is a constant.

So, back to pattern recognition: We see this virus much like an earthquake, a global earthquake. Instead of spending time trying to predict just where or when the next aftershock will hit or how big it will be, we need to accept that we do not know. We need to concentrate on what we already know, on what we can reasonably expect we will come to know, and on how we can control our adaptation based on what we know and might hope to learn.

What do we know about the virus? It spreads with greater ease than the flu and has a higher mortality rate than the flu. When infected, the elderly and the immunocompromised appear to be at the greatest risk of death or severe illness. Treatments will improve as researchers learn more about the virus and the illness it causes, so the mortality rate among those infected should fall with time. If we reflect on how long vaccines usually take, we have to assess the probability that we will have one soon as low. In other words, we need to learn to live with the virus.

What do we know about the economy? In modern times, we have never seen every economy in the world shutdown at almost the same time. What took the U.S. central bank almost a year to do in the Great Financial Crisis of 2008, they have done in less than five weeks in 2020, pumping $2.7 trillion into the financial markets and promising much more. The number of U.S. jobs lost in April equals the total number of jobs created over the last ten years. The U.S. federal government will borrow $3 trillion this quarter, which is nearly three times what it did in 2019, for the year. People are not paying rent, retailers are going bankrupt, and small business owners are increasingly wondering if they can reopen even once they are allowed to. Boeing, a symbol of American power, is at risk of losing its investment-grade bond status, and they are not alone. In other words, the speed and scope of this downturn is like nothing we have seen in modern times.

Yet, earnings estimates for public U.S. companies are estimated to grow in 2021 beyond earnings reported in 2019. We find that very optimistic. It took four years to recover levels of past profitability after the Great Financial Crisis. In other words, market participants are currently assuming a quick economic recovery is the base case, something we do not find likely.

This assessment of what we know or can know gets to the substance of the one graphic, above, we show in this letter. It illustrates the behavior cycle humans have exhibited throughout history but in the context of investing.

We have mentioned that we fear the intersection of immense greed and immense complacency. Although the volatility of the investment markets in the first quarter experienced significant volatility, to us it appears as if the markets were just oscillating between greed and fear, never making the jump to the lower half: uncertainty. We hope our concerns about a rough road to recovery are misplaced, but the level of confidence currently exhibited in the markets makes it hard to think so.

We apologize for the text density of this communication compared to past newsletters. We typically like to tell a story with graphs and charts, instead of words, because empirical data makes it easier to have an unemotional and rational discussion. However, at this time, all the graphs we might have used look the same—they show a swift and severe drop unlike anything we have seen in the past. All the graphs but one, that is: the equity market is closer to its recent top than its recent bottom.

We continue to be long-term optimists, believing that, with the freedom to act, the ingenuity of billions of individuals will propel us to a better time. This nation and its economy have survived wars, famines, pandemics, assassinations, political upheaval, civil unrest, and so many other hurdles, and, in all past episodes, we came out stronger. Today, we are comforted by our ability to be flexible and to walk gingerly into this unknown period.  We also take comfort in the empirical evidence that U.S. equity markets have produced respectable returns over their histories, which argues for not being too pessimistic about our current troubles. As we sit with 55% to 75% cash and short-term bonds, we believe we have preserved the ability to be nimble—to act as a Fort Knox—until “less unknowable” opportunities present themselves.